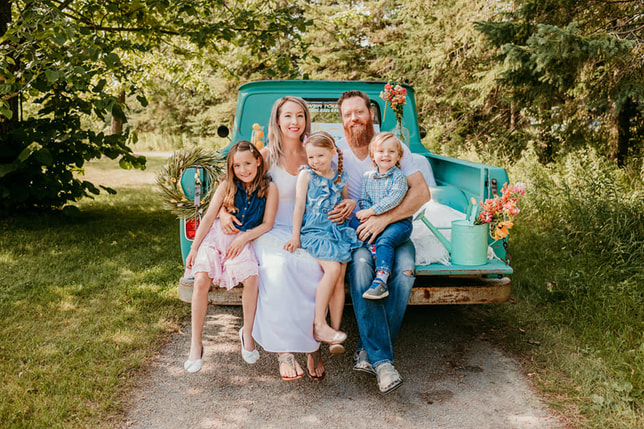 Guelph was pretty much the center of my life for about 20 years. I moved there when I was 6 years old and didn't leave until I had graduated from the University of Guelph w/ an undergraduate degree in Classical Studies.

After my undergrad, I completed my Teachers' College training in Auckland, New Zealand.  (If you're going to travel....do it there!!!  Mr. Plant, Ms. Roch and the photo above can back me up.)  From there, I am proud to say that the only school I've worked at is FFSS.

....used to play VERY competitive indoor and beach volleyball.  In my last year of university volleyball, I was named Libero of the Year for Ontario.  On the beach I finished 3rd in Canada at the under 20 Nationals.  Very cool fact.....I am friends with, and played VERY often against, Canadian Olympic Beach Volleyball player Josh Binstock.

....has been playing guitar for about 20 years.  I love playing everything, from melodic  stuff on acoustic guitar to shredding metal on the electric.  I don't get to play much anymore because of this pic....

....is OBSESSED with the NBA &NFL!!  There's literally not a topic in  these leagues that I'm not aware of....if you ever want to talk basketball or football, i'm IN!!

...cried the day Donald Trump was elected....not for joy...for despair.....utter despair.  I am obsessed with reading about him and constantly watching "A Closer Look" from Seth Myers and "This Week Tonight" from John Oliver...both guys do a fantastic job at research to show how brutal a president (and human) that guy is.  Kinda crazy how close he is to getting impeached lately....FINGERS CROSSED!!

BOOKS: Death with Interruptions by Jose Saramago, The Road by Cormac McCarthy, Name of The Wind by Patrick Rothfuss, Martin's Game of Thrones series (AMAZING!!), and Robert Jordan's Wheel of Time Series (will be the next big blockbuster TV show)!!

MOVIES: Into the Furnace, Bill and Ted's Excellent Adventure, A Few Good Men, Seven, Forgetting Sarah Marshall, Back to the Future (all of them), Vanilla Sky, Lady in the Water, Dances with Wolves, ANYTHING BATMAN or PIXAR!!!

TV SHOWS: Breaking Bad (it may as well be a movie it's so good), Vikings.....I'm actually descended from the dudes in the show!!!!, It's Always Sunny In Philadelphia, Bob's Burgers

RECENT - The Story So Far, Belmont, The Mezingers, American Football

SUPER Mellow (The kind you can study with) - Hammock, Sigur Ros, Explosions in the Sky, God is an Astronaut, CloudKicker, This Will Destroy You, Toe, Moonlit Sailor

Here's a nice example of what I dig......good mix of both